What Do You Think About the Gmail Redesign? 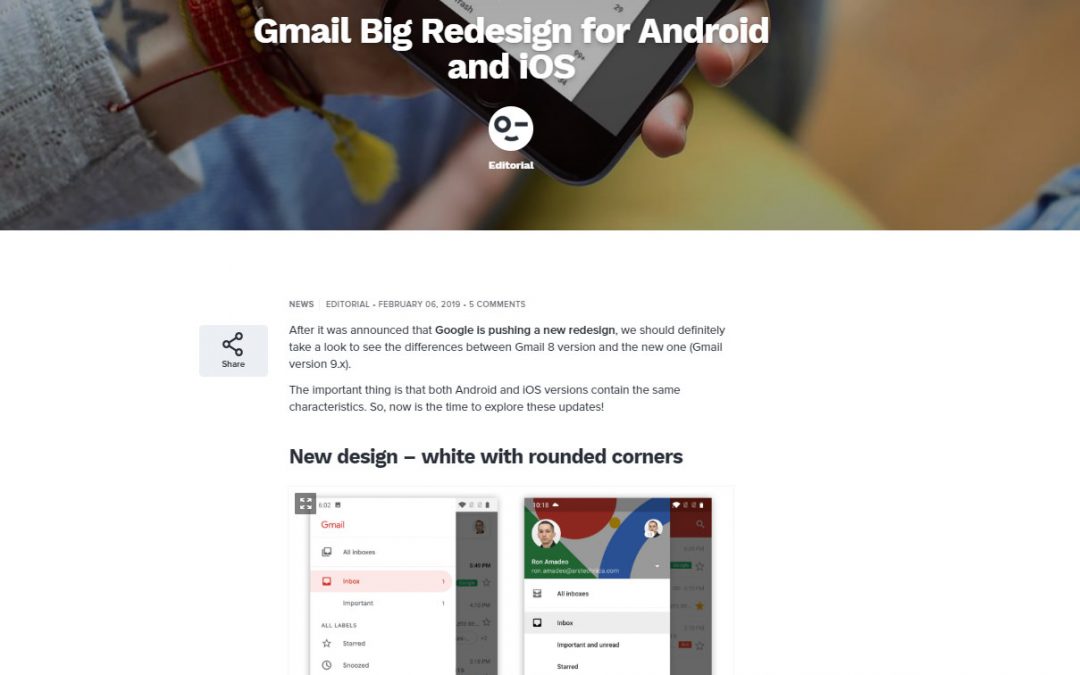 As most of you have probably noticed, Google has redesigned Gmail significantly. They have also discontinued an old favourite – Inbox by Google.

A lot of the design features of Inbox seem to have been moved across to the new Gmail interface. It’s clean and efficient, but it does look a bit strange to me so far, I’ve been using the old Gmail style for so long. I was using Inbox for quite some time, as I preferred the layout, but it became a bit limiting, as Inbox was missing some of the more advanced features of Gmail.

There’s a great editorial with lots of examples here on Designmodo.